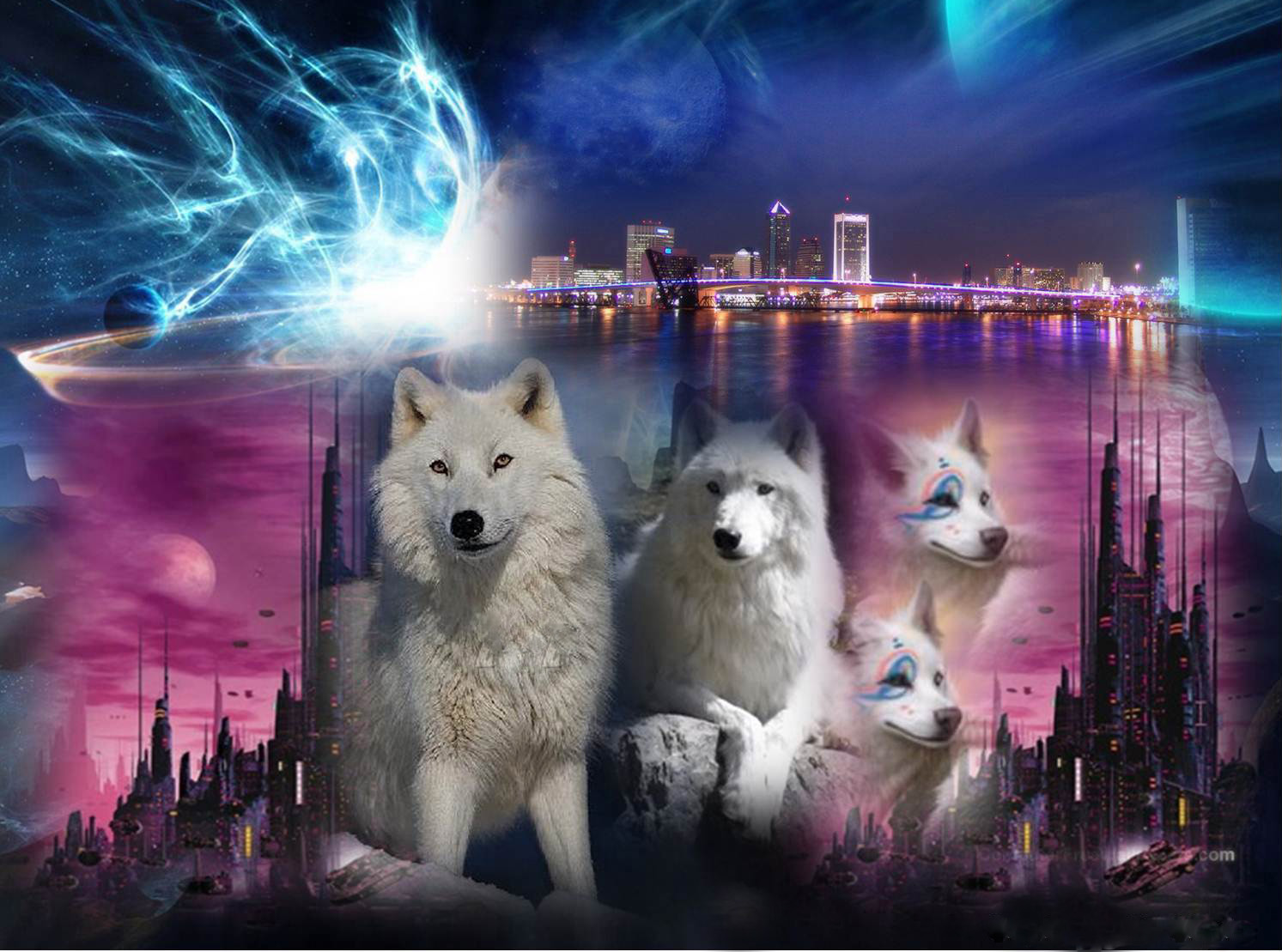 The Shores of the Cosmic Oceans

Sky blue moons rose on a bright, alien-world horizon, lighting up the sky of another world. Songs of the sol-light wound through the rarefied atmosphere drifting through the sol-lit Europan moon wolf.  Born of burnished, cold star-fire, interstellar traveller from galaxies far distant.  Caller of the star song and lunar-light dreams, answering the power of the star-streams and the call of the cosmos.

Alien ice wolf on an alien world, calling the unfathomable song of the stars. Cosmic dreams swam in burning wolf-eyes, the whispering call of the highest-ranking alpha wolf swirling on the borders of the consciousness of the star wolves attuned to its dream-like call. Foreseeing all, in the dreams of the ice wolves of Europa, eyes distant, already at the horizon of another world-beyond, seeing what was not yet there.

“Moon Watch Wolf Forever on a Frozen World of Ice“

Moon-shadows crept across the ice and snow capturing the White-cloud wolf, Moon-wolf of Europa in incandescent emission rays, holding her motionless in the extra-terrestrial night. Moon-wolf watching. She stood quiet and dreaming lost in worlds beyond the imagination, distant, faraway, dreaming always dreaming.  Moon-Watch wolf, reflecting the icy allure of the Europan home-world.

The sudden dazzling burst of stabbing moon rays jettisoning through star-black sky called to wolf blood and in answer to its compelling life call she raised her head to the cosmos calling the haunting song of the Moon-wolf on a frozen world of ice. Silver-coated Moon-wolf, the caller of the Moon-song.  The voice of the stars as the cosmos rolled inexorably onwards looking always forwards never back. Moon-wolf watching. Moon-watch wolf forever on a frozen world of ice.

“Imagination will often carry us to worlds that never were. But without it we would go nowhere.”
~ Carl Sagen

3 thoughts on “The Icewolf Files”

Ice wolves of Europa. Intergalactic star wolves running with the moon and the stars in the light of another world. Callers of the moon wolves-song and interstellar hunters across the icy surface of the Europan seas. Echoing the call of an alien world and the whispering of the moonshadows, the call of the star songs, and the dream of worlds beyond the stars and cities in the sky.